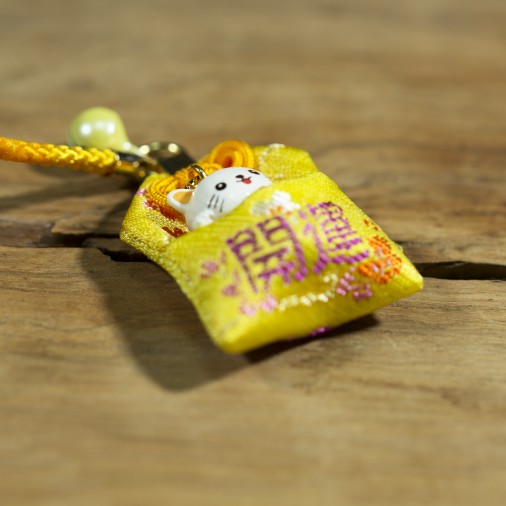 SSL - Our store is secure

Zenkyo-an (禅居庵) is a sub-temple of Kennin-ji. It is normally not open to the public but on some special occasions, such as zazen (zen meditation).

Kennin-ji (建仁寺) is a historic Zen Buddhist temple in Higashiyama, Kyoto, near Gion, at the end of Hanami Lane. It is considered to be one of the so-called Kyoto Gozan or "five most important Zen temples of Kyoto".

Kennin-ji was founded in 1202 CE and claims to be the oldest Zen temple in Kyoto.

The monk Eisai, credited with introducing Zen to Japan, served as Kennin-ji's founding abbot and is buried on the temple grounds. For its first years the temple combined Zen, Tendai, and Shingon practices, but it became a purely Zen institution under the eleventh abbot, Lanxi Daolong ( Rankei Dōryū) (1213–1278).

The Zen master Dōgen, later founder of the Japanese Sōtō sect, trained at Kennin-ji. It is one of the Rinzai sect's headquarter temples.

When first built, the temple contained seven principal buildings. It has suffered from fires through the centuries, and was rebuilt in the mid-thirteenth century by Zen master Enni, and again in the sixteenth century with donations of buildings from nearby temples Ankoku-ji and Tōfuku-ji.

Today Kennin-ji's buildings include the Abbot's Quarters (Hōjō), given by Ankoku-ji in 1599; the Dharma Hall (Hatto), built in 1765; a tea house built in 1587 to designs by tea master Sen no Rikyū for Toyotomi Hideyoshi; and the Imperial Messenger Gate (Chokushimon), said to date from the Kamakura period, and still showing marks from arrows. It also has 14 subtemples on the Kennin-ji precincts and about 70 associated temples throughout Japan.

In 2002, the architectural setting was enhanced by a dramatic ceiling painting of two dragons by Koizumi Junsaku (1924–2012). The piece was first painted in the sport hall of a former Elementary school. This bold artwork was installed to commemorate the temple's 800th anniversary. The dragon symbolises the rain of Buddhist teachings. The Shōkoku-ji in Kyoto also features a dragon on the ceiling of its main hall.

30 other omamori in the same category